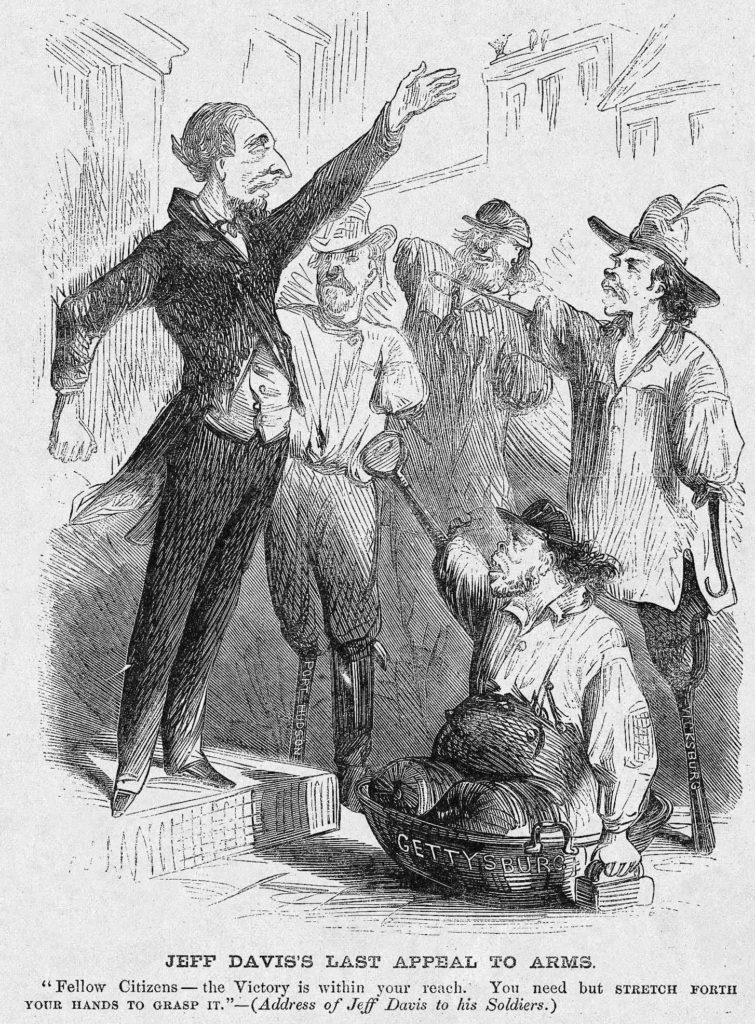 In Jeff Davis’s Last Appeal to Arms, Jefferson Davis is seen addressing a motley assortment of troops. The prosthetic leg of one soldier reads “Vicksburg,” while another soldier missing both legs sits in a tub reading “Gettysburg.” This is a direct allusion to the immense Confederate losses in the two battles; the haggard state of the soldiers parallels the state of both the military and the economy of the Southern states at the time.

The irony in Davis’s caption, “Fellow Citizens—the Victory is within your reach. You need but STRETCH FORTH YOUR HANDS TO GRASP IT” is that the soldiers no longer have hands with which to grasp. The cartoonist realizes the hopelessness of the situation and portrays the Southern soldiers in a pitiable light. The cartoon furthers public opinion of the time that depicts Jefferson Davis as being primarily a military leader, putting less emphasis on civic matters. Ultimately this turned out to be Davis’ downfall. By focusing on military matters and ignoring the basic needs of the Southern people, the Confederate Army was largely diminished by the end of 1863.