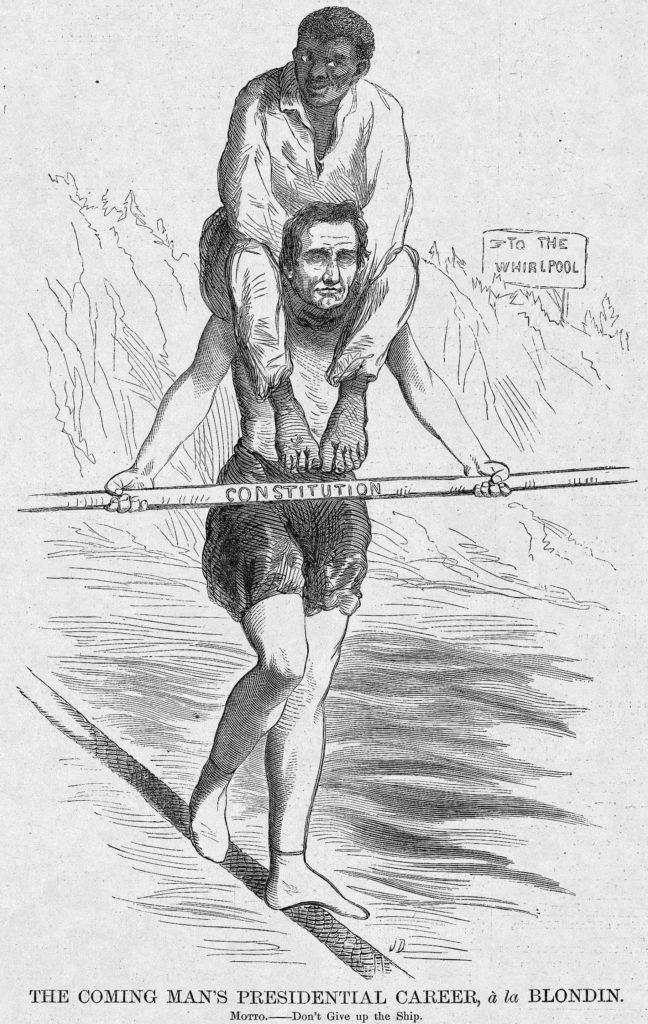 The tension between Republicans and Democrats was at an all-time high at the start of the 1860 election, primarily focused on the issue of slavery. While the majority of the Republican Party pushed for the abolition of slavery, a campaigning Abraham Lincoln avoided discussing his stance. Jacob Dallas’ cartoon represents a cautionary approach suggested for Lincoln during the presidential race if he did not want to fall into the dangerous political waters below. Lincoln is shown walking on a tightrope while balancing an African American man on his shoulders. The man on Lincoln’s shoulders represents the issue of slavery. Walking a tight rope takes concentration, caution and balance; one false step can cause great harm to the person crossing the rope. This cartoon warns politicians of the balancing act necessary when dealing with such a controversial and heated topic.