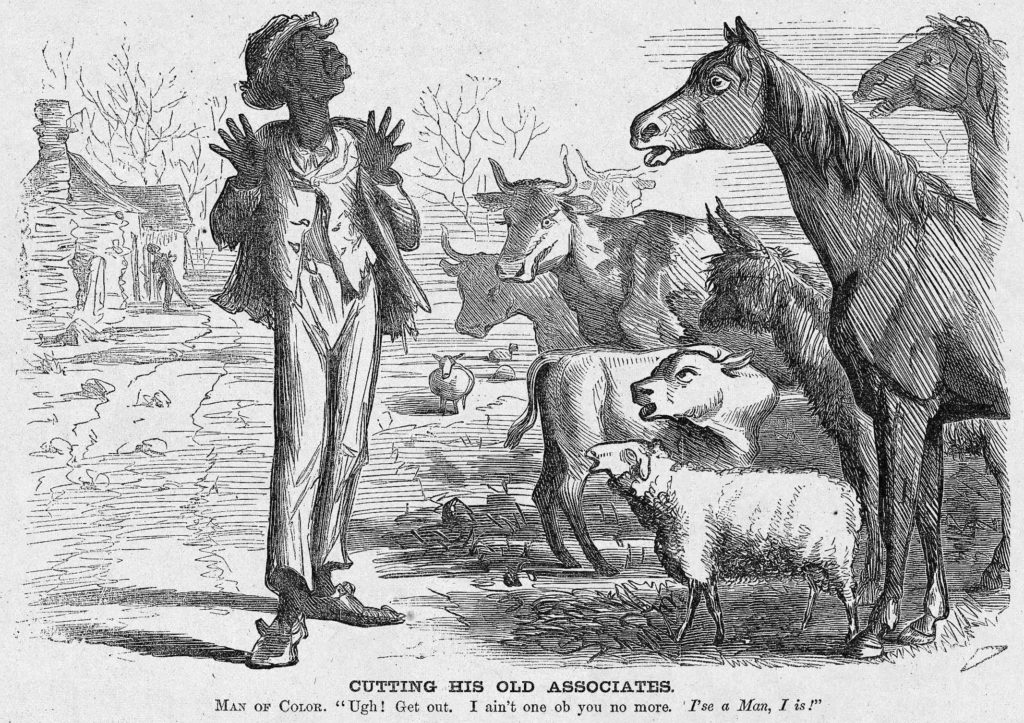 Cutting His Old Associates was published in Harper’s Weekly just after the signing of the Emancipation Proclamation. However the passing of the Proclamation did not immediately change treatment of African Americans. Cutting His Old Associates depicts hesitancy toward change through the caricature of the features of the main figure, placed as an equal among the animals. This situation, shown from a white perspective, aims to mock African Americans for believing that their role in society would change after the passing of the Proclamation.