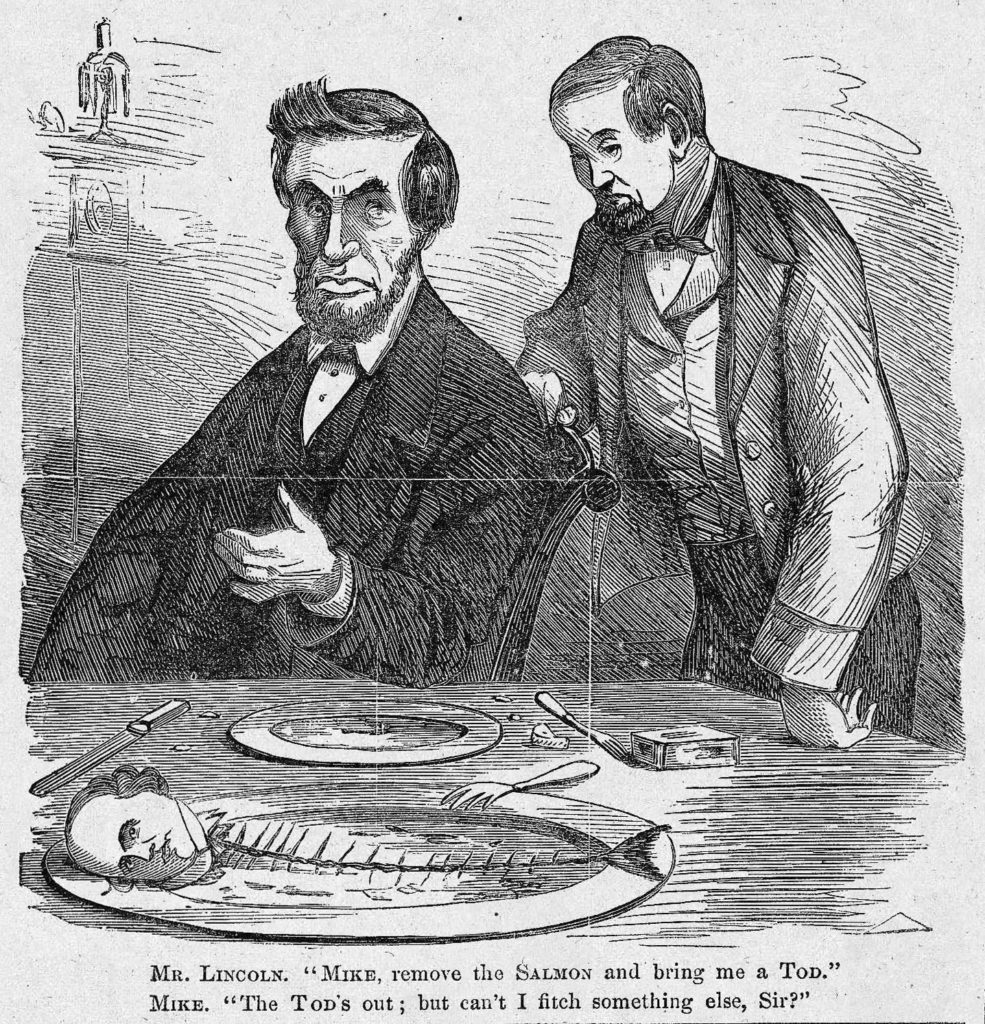 This cartoon depicts Abraham Lincoln eating one of his former cabinet members, Salmon P. Chase. Chase had served as Secretary of the Treasury from March 7, 1861 to June 30, 1864. In the illustration, Lincoln, after having devoured Chase, requests that his Irish waiter bring him a “Tod.” He is informed, however, that Tod is unavailable. In 1864, Lincoln was up for reelection, but Chase had hopes to steal away the Republican nomination. Chase lost due to a backlash following the circulation of two pamphlets aimed at destroying Lincoln’s image. Chase announced on March 5 that he was no longer a candidate for the presidential nomination. He then offered to resign his cabinet post and was surprised when the president accepted. Without consulting with advisors, Lincoln nominated former Ohio governor David Tod to replace Chase. Besides rewarding an important electoral state by naming another Ohioan, the president considered Tod a friend who had served the Union cause well. Lincoln may also have intended it as an implicit insult to Chase.