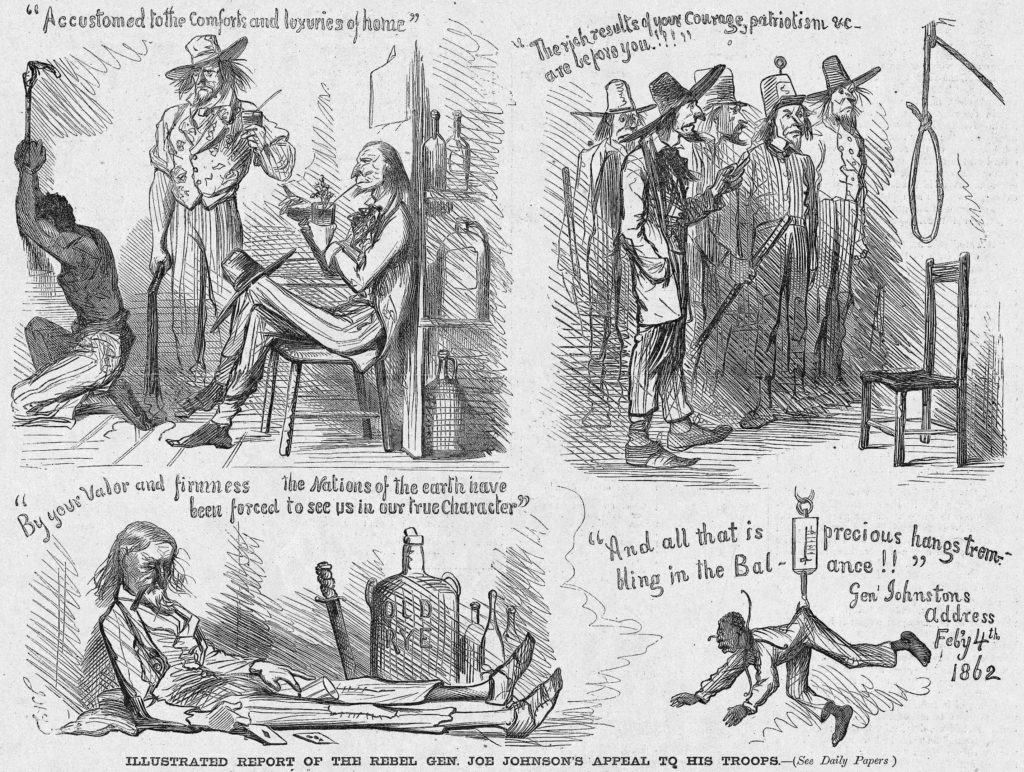 Illustrated Report of the Rebel Gen. Joe Johnson’s Appeal To His Troops

In both the North and South, newspapers were used to spread stereotypes. Northern artists nearly always showed Southern men as lean and lanky, with sharp facial features. They are also often shown as drunk and quick tempered. In the last panel of this cartoon by John McLenan, a slave is shown hanging from a scale. This illustrates the Northernern tendency to stereotype Confederates as only caring about slavery. Southerners had their own depictions of Confederate soldiers, portraying them as gallant, handsome men who bravely rode off into battle to defend their families. Stereotypes crowd our perceptions today, whether we realize it or not.