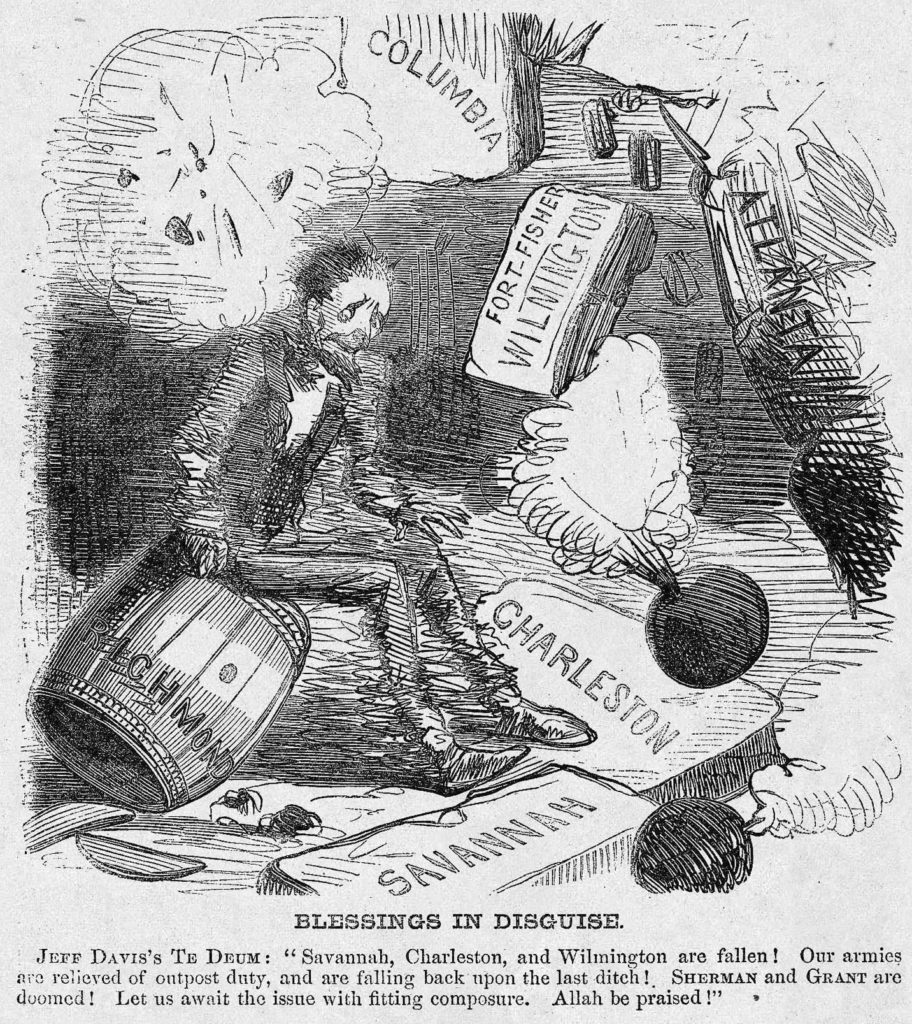 In 1865, the war between the Northern and Southern states had been raging for close to four years. The Confederacy or the Southern states were in dismal shape economically and politically. Blessings in Disguise shows bombs and artillery fire blowing up around an emaciated image of Jefferson Davis, the President of the Confederacy, inside his crumbling home or office.

The Confederacy’s biggest problem during the war was its poverty and they were not able to obtain outside help because the Northern army blockaded their coasts, so that nobody would be able to trade with them or help them survive. Confederate armies were being defeated by attrition, and the country behind the war effort was exhausted and drained. In the cartoon, Jefferson Davis looks sick and he is barely holding himself up by the barrel that reads Richmond, the Confederacy’s capital. This symbolizes that the Southern states were on the verge of losing the war.

The cartoon shows the drastic consequences of war. The Southern armies were under armed and by the end they were almost regretted going into a war that had caused so much damage to their homes and lifestyles. The war ended in the next month showing how close to “death” the Southern war effort really was, even though they never totally lost hope in their beliefs and fought to the bitter end against grueling odds.