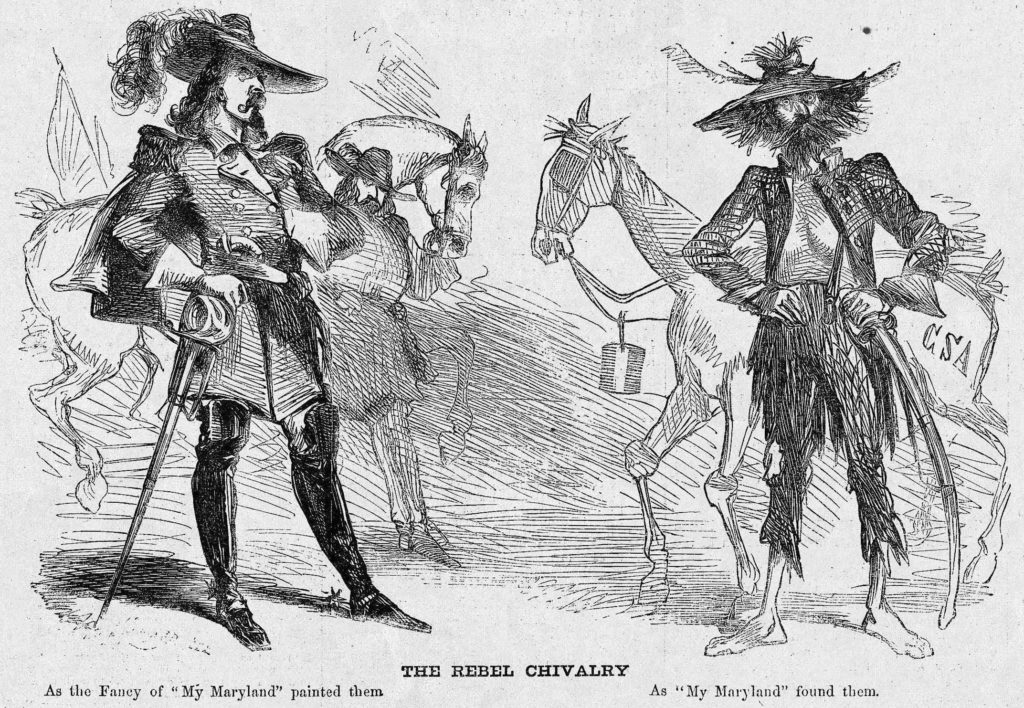 This cartoon portrays the disparity between the way Confederate soldiers viewed themselves and the way the Union viewed them. The cartoon is mocking the shabby appearance of Confederate soldiers during General Robert E. Lee’s Maryland Campaign, in which he attempted to resupply his army outside of the war-torn Virginia theater and to damage Northern morale in anticipation of the November elections. The left portrait depicts the Southern cavalryman as noble and well dressed, accompanied by a well-bred horse. The caption below it reads, “As the Fancy of ‘My Maryland’ painted them.” The right portrait, however, portrays the Southern cavalryman as disheveled and dirty, with a malnourished horse, looking ill-prepared for battle. The caption below reads, “As ‘My Maryland’ found them,” implying that the North had higher expectations of the Southern Army.