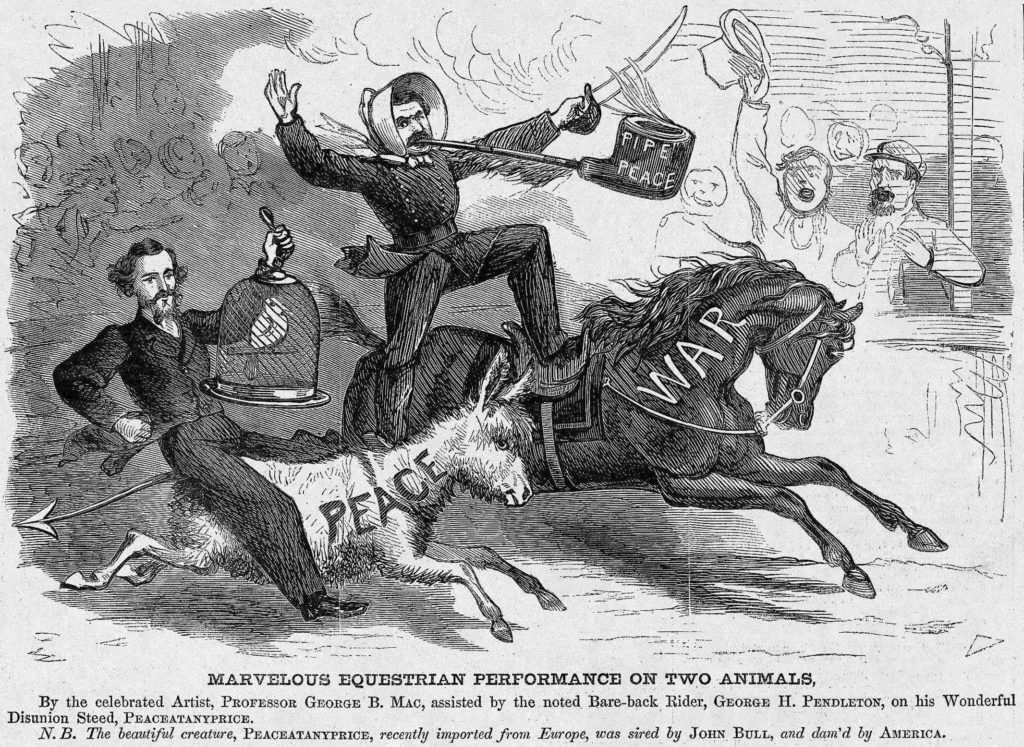 In 1864 people began to tire of the war. The Democratic Party began to advocate for a “peace plank” that would negotiate an end to the war. While a peaceful ending of the war sounded good, many saw the Copperheads as sympathizing with the Confederates. George McClellan was a general in the Union army and the Democratic presidential nominee. He promised to keep the war going until the Union won. In order to balance out the ticket, the Democrats nominated George Pendleton as McClellan’s Vice President. In the cartoon George McClellan is portrayed straddling two horses, named Peace and War. George Pendleton rides Peace while carrying a dove, a symbol of peace. Because George McClellan appeared indecisive about the war it became a frequent theme in cartoons to portray him straddling two objects.