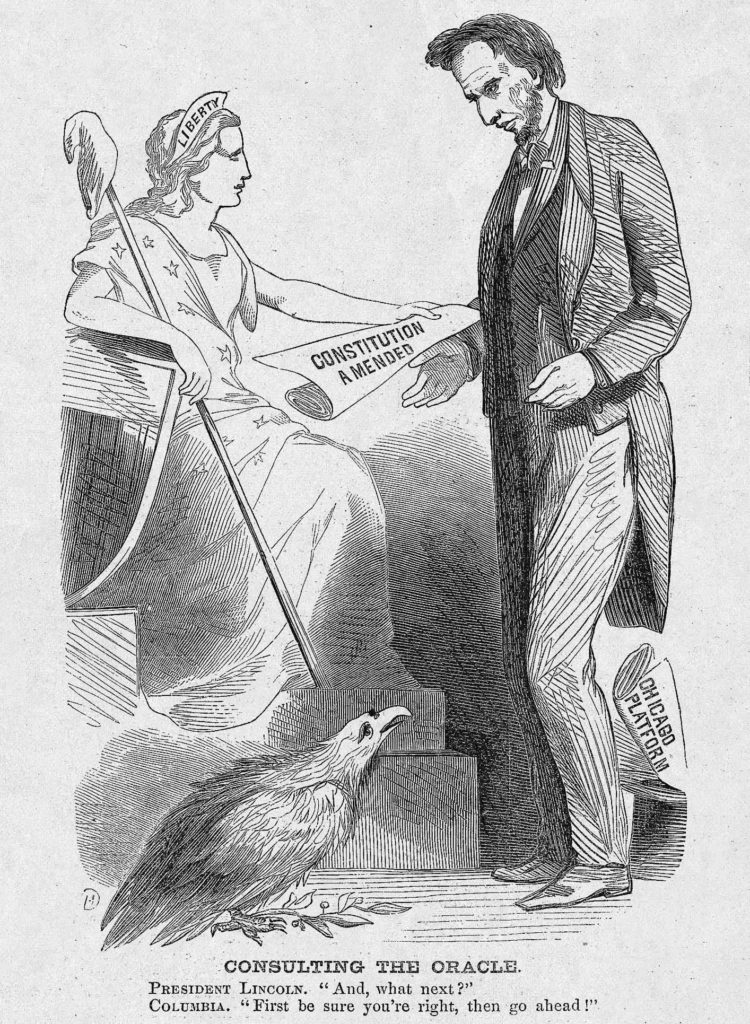 Throughout the Civil War the figure of Columbia, also known as Liberty, functioned as the female personification of America. Often seen in the role of guide, teacher, or mother, Columbia was a symbol for the strength of a nation, and the progress of its people. In the Harper’s Weekly cartoon Consulting the Oracle, Columbia takes on the role of prophet, and is seen giving advice to the newly elected president, Abraham Lincoln, about the future of the American nation.