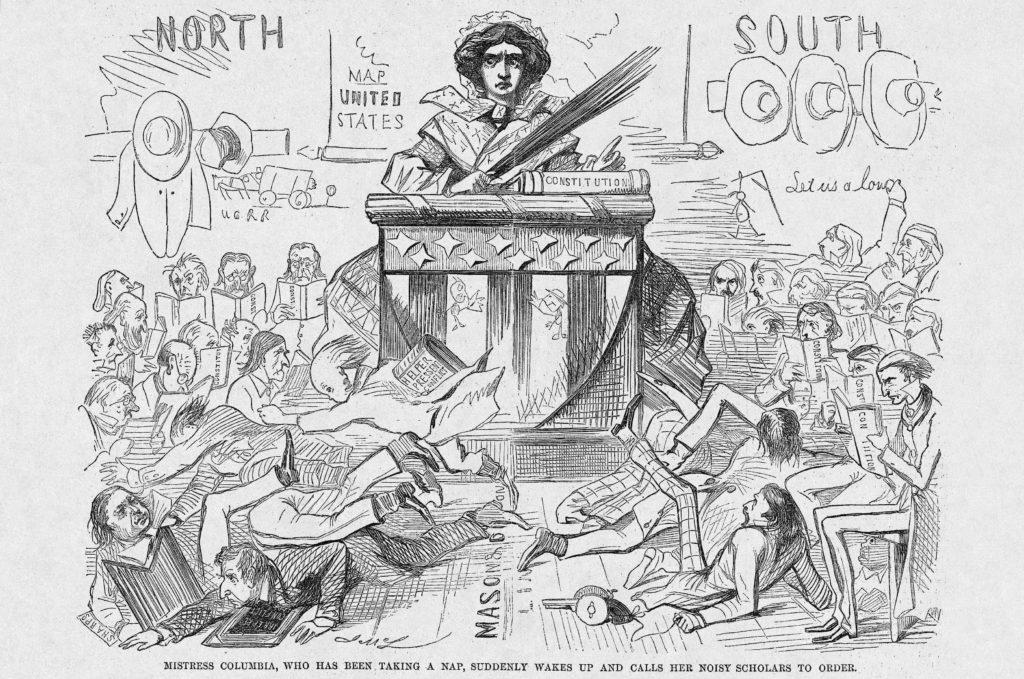 Mistress Columbia, Who Has Been Taking a Nap, Suddenly Wakes Up and Calls Her Noisy Scholars to Order

By 1860 a clear divide between the North and South was established. In this early cartoon, Mistress Columbia is shown seated in a classroom, filled with members of Congress seated below her, divided by the Mason-Dixon Line. The legislators are depicted as unruly students; some fight one another but others study the Constitution. Mistress Columbia, who has been napping, is awoken by the chaos and demands order. The Constitution is the supreme rulebook that the men of Congress dare not go against. The cartoon is commenting on the importance of the Constitution as the supreme guide to how the country should be run and how legislators should handle controversial issues. When politics drift away from the Constitution, the legislators become unruly school boys.