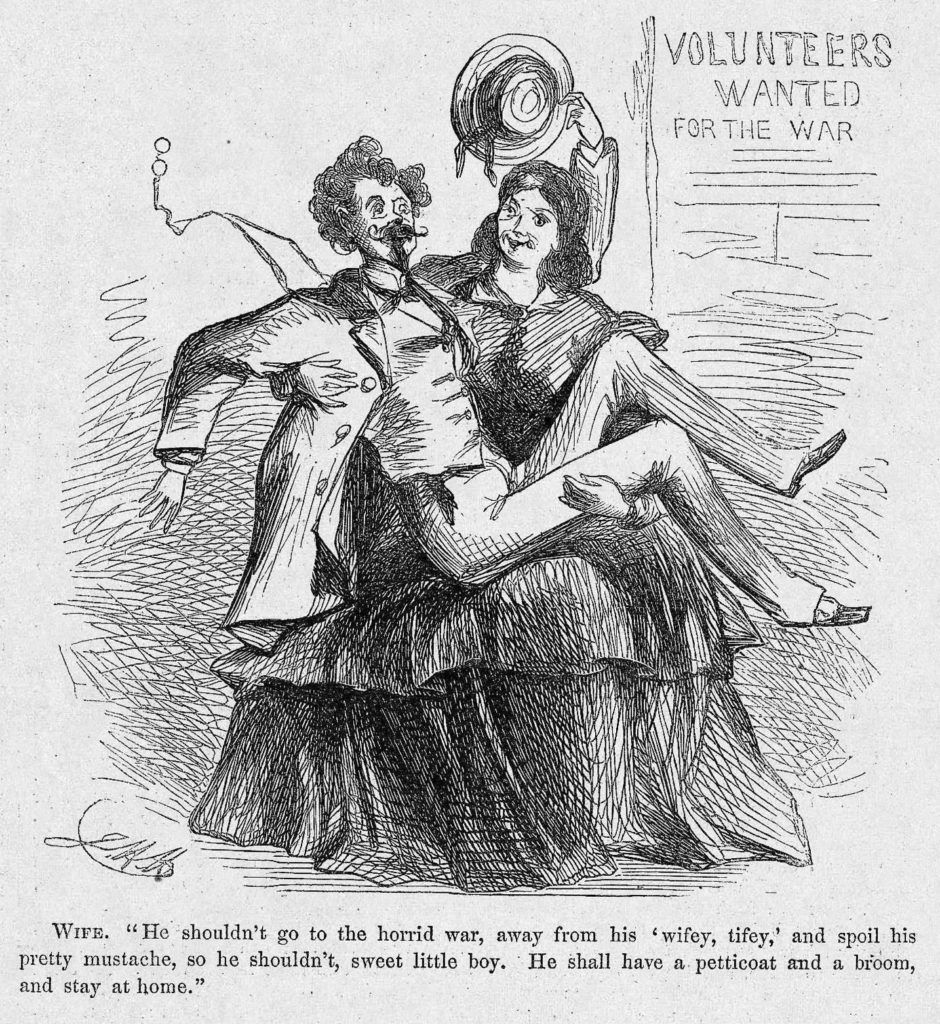 During the American Civil War, gender roles and expectations were clearly defined. Men expressed their masculinity by being soldiers while women were expected to stay on the home front. This untitled cartoon by John McLenan clearly shows how men could be stripped of their masculine qualities if they did not fight as soldiers. Because the husband in this cartoon chose not to fight, he is given the qualities and duties of a “stay at home” wife. Not fighting in war was associated with weakness and subordination. These qualities were further associated with the expectations of women at the time.