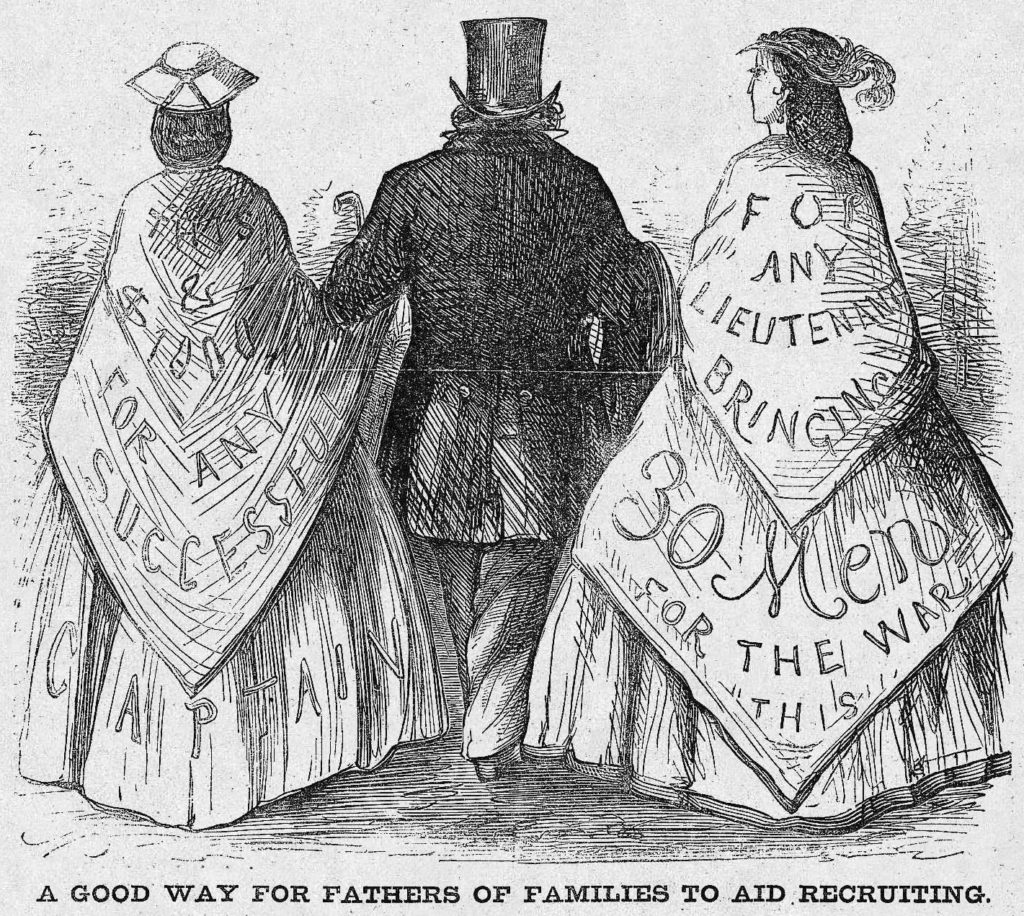 A Good Way for Fathers of Families to Aid Recruiting

This cartoon depicts a father figure and his daughters. Seen from behind, the group walks arm and arm. The viewer can see advertisements written on the back of the womens’ shawls stating, “For any Lieutenant Bringing 30 Men for the War” and “This and $1000 For Any Successful Captain.” The father figure, in working to raise war participation, is using his daughters as incentive to join the effort. Not only are these women being promised out under a seemingly small amount of criteria, they are also using their bodies to advertise those criteria.