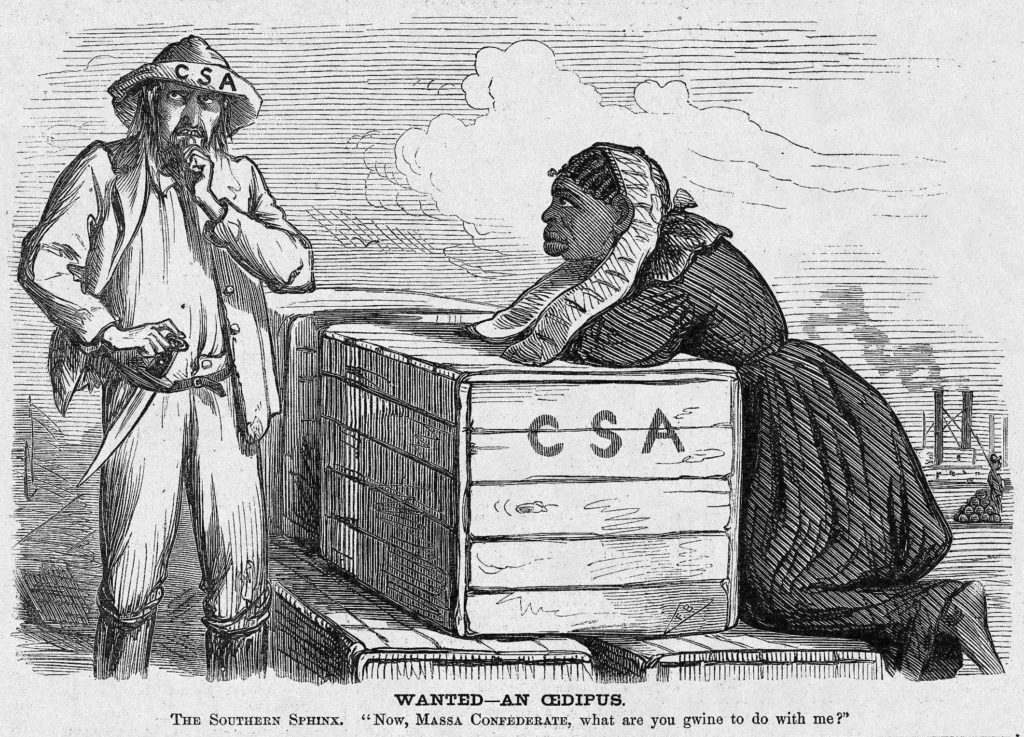 Frank Bellew satirizes the Confederacy in this cartoon by staging a confrontation between a white Southern man and an African American woman posed to resemble a sphinx from ancient Egypt. The man is identified through the CSA (Confederate States of America) printed on his hat, also repeated on the crate. The so-called “Southern Sphinx” blocks the man from access to the river port depicted to the right, which represents the larger Southern economy. Following the Emancipation Proclamation, the black woman challenges the Southerner by asking “Now, MASSA CONFEDERATE, what are you gwine to do with me?” The use of dialect and the woman’s exaggerated lips perpetuate stereotypes circulating widely in white culture. Yet the woman is also shown as a figure of power. Like the sphinxes of ancient Greece, she poses a riddle to the befuddled Confederate. If he does not answer correctly, he faces potential destruction.