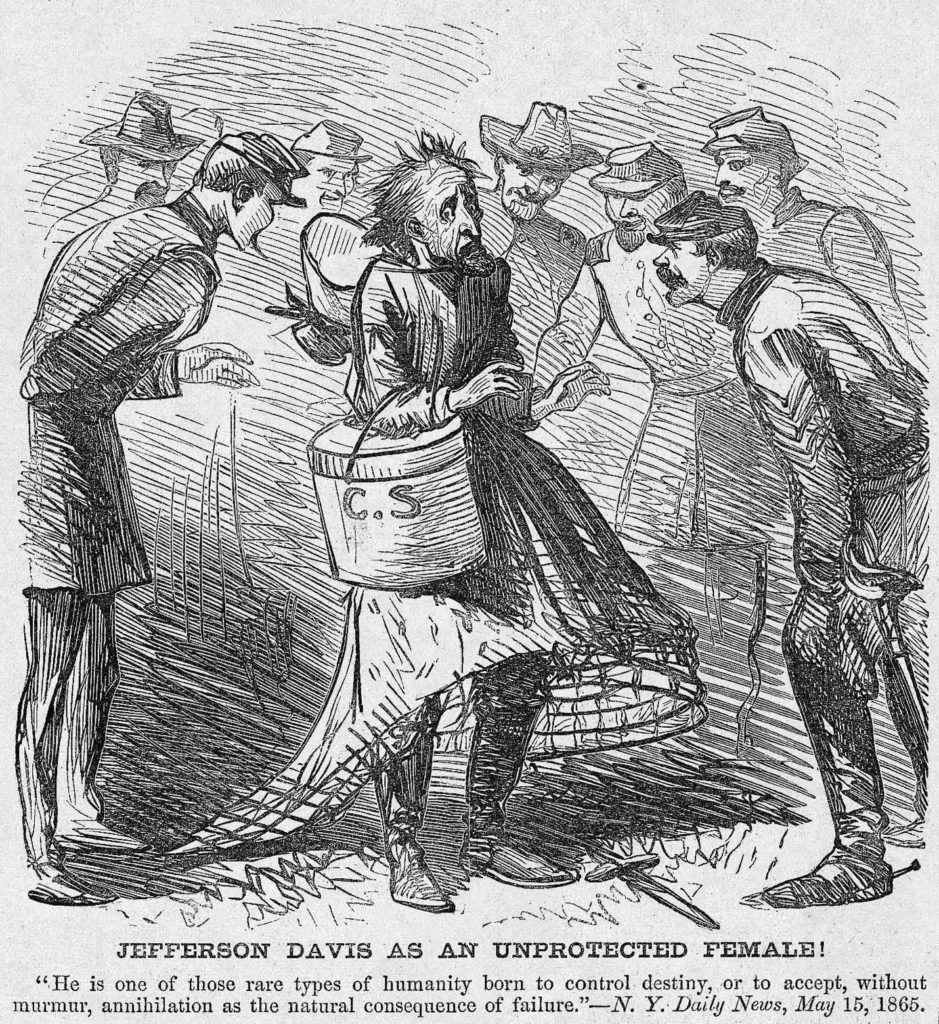 Jefferson Davis as an Unprotected Female!

On the morning of May 10, 1865, Union forces captured Jefferson Davis near Irwinsville, Georgia. The incident occurred when two companies of Union soldiers set out to capture Davis but ran into each other early in the morning, each mistaking the other for opposing forces. When they fired before realizing their mistake, Davis, who was staying in an encampment with his family nearby, was warned of their advance. He put on his wife’s coat and shawl as a disguise and ran into the woods. The soldiers who found him soon realized that he was a man, due to the spurs on his boots, and captured him. Many variations of images depicting the capture exist, with this one showing Davis in a full hoop skirt instead of just a coat and shawl. They served to undermine Davis’ credibility by making him appear feminine.